Edgewood Elementary School on Charleston’s west side has been designated as the state’s first “School of the Future.”

The school is challenging the traditional model of curriculum delivery. Edgewood provides space for hands-on exploration, technology, small group projects, and still retains space for direct teacher-led instruction. Each instructional area houses 60-75 students, and contains space for small group projects, a distributed library/media center, space for art and science projects, and a shared performance area. Four to five teachers work collaboratively as both instructors and facilitators. The area also provides three smaller classrooms for direct teacher-led instruction for groups of 16 students in both math and reading.

Educational professionals and designers have previously made the observation that while many other building types have changed over the last century, classrooms have remained essentially unchanged. If the focus of curriculum delivery changes to provide students with better access to technology and a greater emphasis on hands-on learning, how will the classroom be modified to support the teachers? In the case of Edgewood Elementary School, we started by designing the building from the inside-out.

One of the challenges of programming the facility was that it was difficult to establish the size and budget for the educational spaces, which the project team understood would be unique. To capture this information, the team elected to begin the design process by exploring a new layout for the instructional areas. Kanawha County Schools developed a unique model for these instructional areas. The concept for each central instructional area was to create a space that mimics a museum. As when they enter a museum, students are engaged in the learning materials throughout the environment as they work on projects. Each instructional area also has direct access to exterior instructional and recreational spaces.

As these spaces were developed, it became clear that regular, rectilinear spaces did not create the variety of environments, the smaller child-sized spaces, or the opportunity for visual separation of tasks. To permit the spaces to be reconfigured based on the needs of the students, furniture in the instructional spaces will provide flexibility and adaptability to the space. Overhead and sliding doors, as well as movable partitions, are also being included to allow the space to be fully open or subdivided based on the need. Many of the door and furniture surfaces will be writable, functioning as whiteboard space.

In addition to re-examining the traditional classroom layout, the use of technology in the educational environment was considered. In the past, the lack of adequate technology hindered efforts to develop student-centered instructional environments. As anyone who has seen a young child utilize an iPad, it is clear that the technological barrier has been eliminated. At the school each student will have access to a personal device, similar to an iPad. The entire school will utilize wireless technology and the personal device will be used to advise the students on their daily schedule, participate in online learning opportunities, and will also provide the instructors with immediate feedback on progress, so that they can adjust their efforts to meet the constantly changing needs of the students.

The school is also being designed to function as an educational tool. Students will learn about daylighting, captured rainwater, efficient building envelopes (insulation), domestic solar hot water, efficient HVAC systems, and recycling. This information will be relayed to the students through the use of age-appropriate signage, as well as a dashboard system that will help monitor the building’s energy use.

As noted above, the school was designed to celebrate the sustainable elements of the facility. The following key systems are recognized at Edgewood:

To embed these sustainability features into the curriculum, the design team created a guide, Edgewood Elementary School: An Illustration of Sustainability, which was used to introduce the educators and staff to the sustainable features of the school. Each of the elements noted was cross-referenced to the Next Generation Standards to help the teachers pull these elements into the curriculum.

In addition to the guide, very simple and clear signage highlighting sustainable elements was distributed throughout the school. As each student at Edgewood has an iPad, the signage included a QR code that the students can scan to learn more about sustainability. The design team provided the initial text for the QR code landing pages, but it can also be updated in the future by the educators and students. 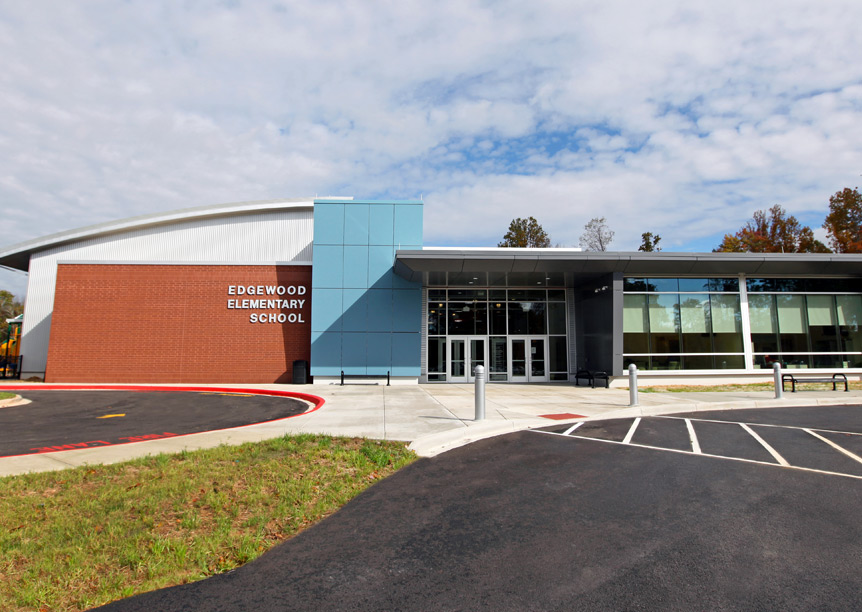 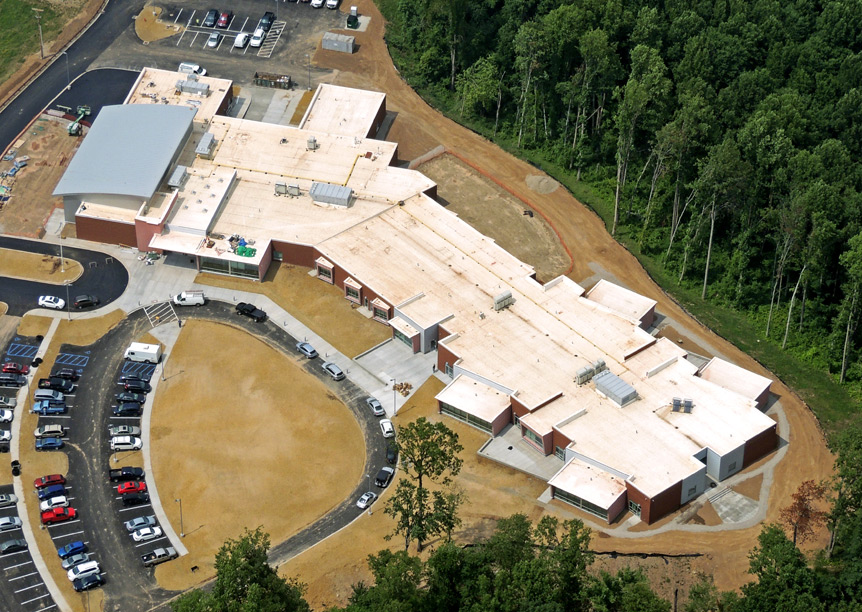 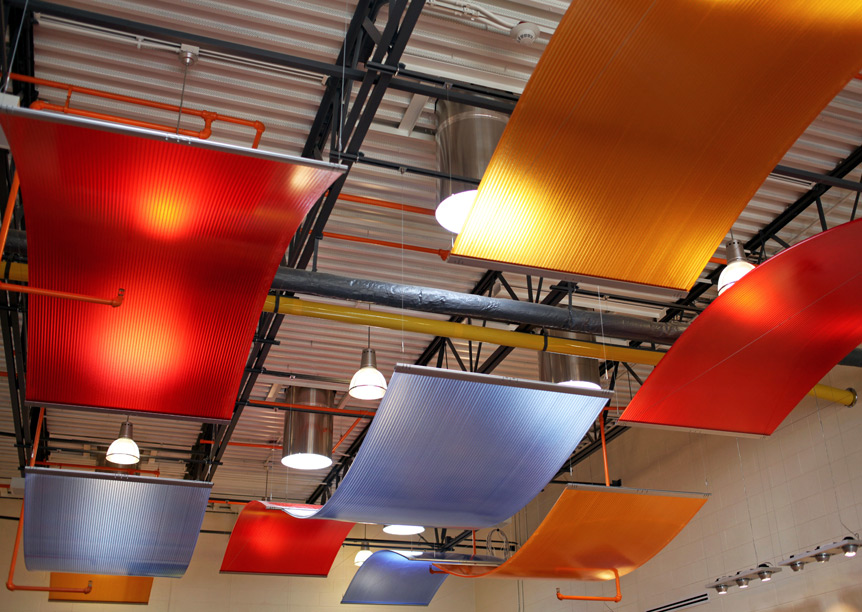 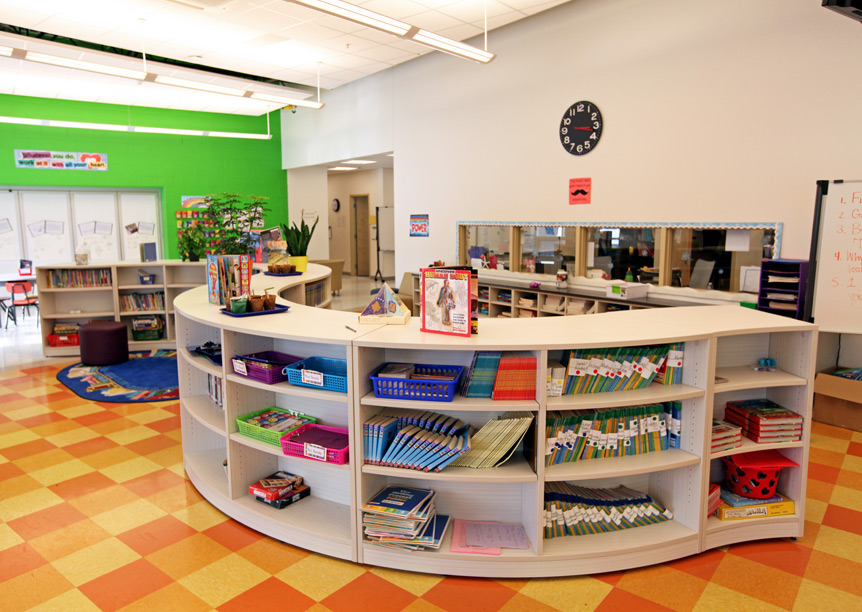 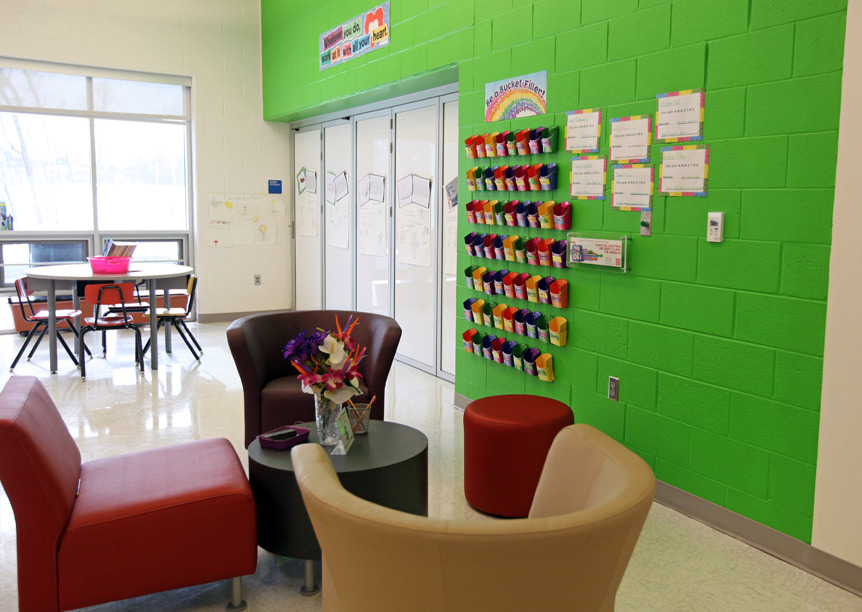 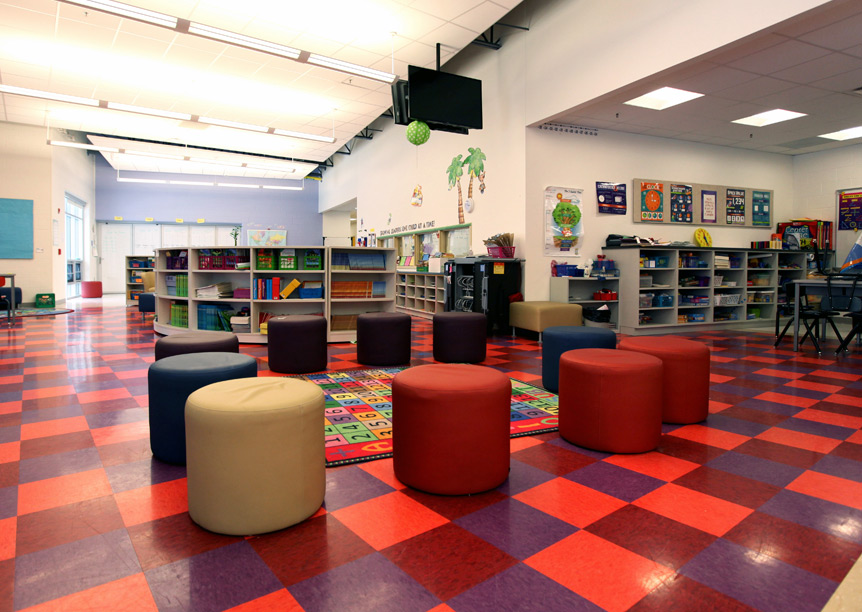 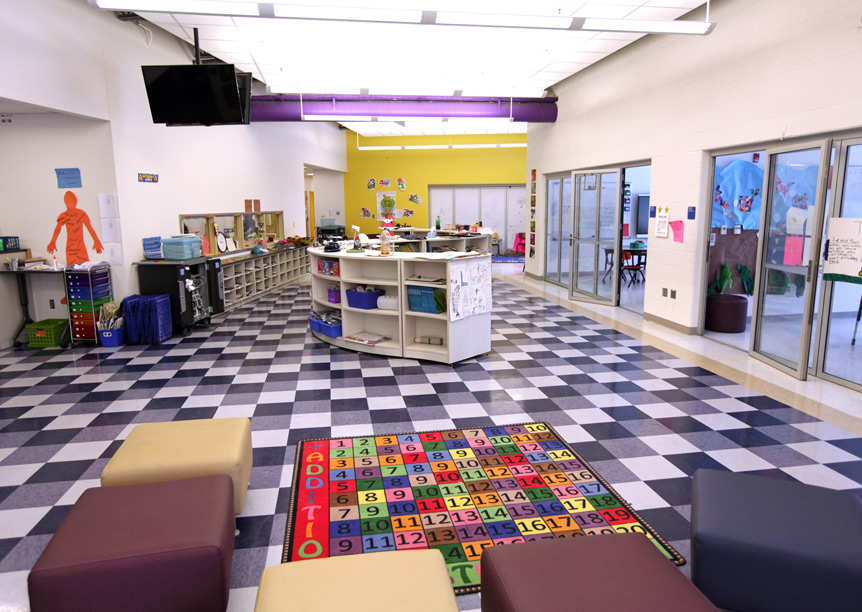 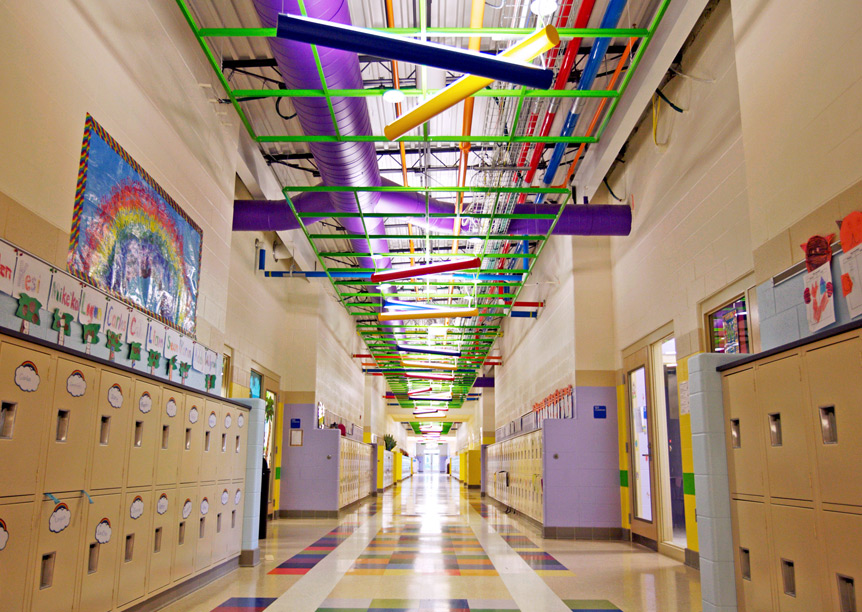 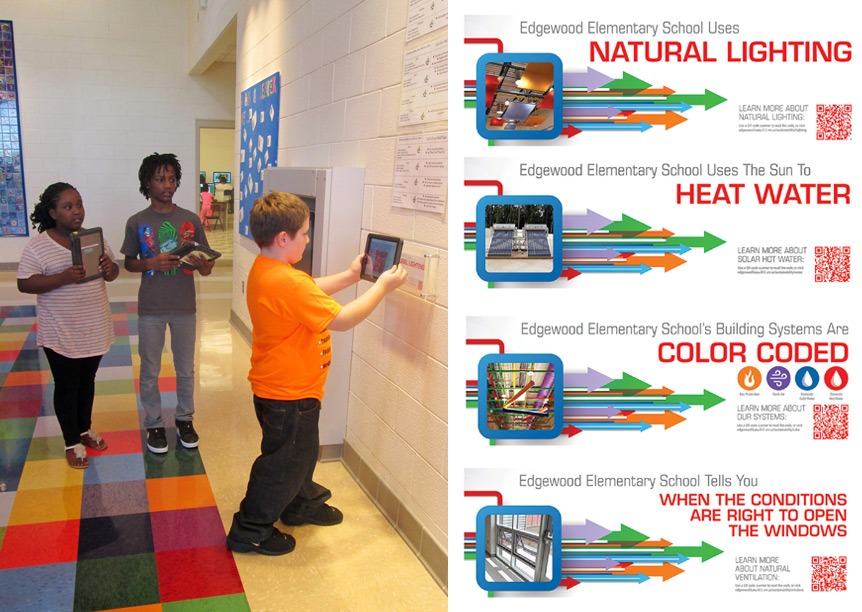