Founded in 1804, Christ Church United Methodist (CCUM) is one of the largest and oldest congregations in the state of West Virginia.

Originally constructed in 1954, the education wing was comprised of a single-loaded corridor that was connected to the church’s historic sanctuary, which was destroyed in a fire on July 19, 1969. When the fire was extinguished, the sanctuary was completely destroyed.

The education wing suffered severe smoke and water damage, but remained in place, and substantially unchanged during the construction of the worship space (centrum), which was completed in 1974. When the education wing renovation commenced, both the infrastructure and aesthetics of this portion of the historic Christ Church United Methodist were in dire need of modernization.

The design team was tasked with modernizing the education wing to create inspiring spaces for youth and teen gatherings, the CCUM choir, and the CCUM Sunday school and childcare ministry – The Growing Place. It was quickly determined that the existing single-loaded corridor design was unsatisfactory to support the vision for these programs. The existing corridor wall was demolished, and the circulation space was opened back to the existing structural columns. On the choir level, this was accomplished with the use of angled walls that reached back to incorporate the columns into the choir-robing storage area. The result was a large pre-function space that served as an informal gathering space for both the adult and youth choir rooms. The expanded music and choir rooms were inspired by salvaged stained-glass windows and provide higher levels of acoustics and storage.

A similar approach was employed for The Growing Place, where curved walls were used to accent an interior environment that was designed to reflect a natural landscape. Colors, imagery, and a winding path in the carpet that leads to the classrooms turned the previous unpleasant corridor into an active space for the children at CCUM. This approach expanded the area available for programming by opening the entire floor for utilization; where in the past valuable space was lost to circulation and storage spaces. The classroom spaces are cheerful, modern, and functional with abundant natural light. The lower-level teen area was designed to have the open feel of a coffee shop, with hip, bright colors, comfortable furnishings, and a flexible worship area.

The interdisciplinary design team succeeded in meeting the challenges of creating the owner’s vision for the education wing, and in coordinating construction that was phased, while the building was continuously open to the public. One of the more technical challenges was locating and incorporating an elevator to provide accessibility to all levels of the education wing from the main corridor of the church. The location that was selected would have interrupted the previous corridor, but serves as an orienting feature in the final design. Additional technical challenges included a significant amount of asbestos abatement, selective demolition, window replacement, a new mechanical system, new electrical distribution and receptacle upgrades, emergency lighting and fire alarm systems, as well as security improvements for The Growing Place.

The final design provides distinct solutions for the church’s various functions within the education wing (daycare, classrooms, music and choir facilities, and the teen area), while still providing a unified experience for congregants and visitors. 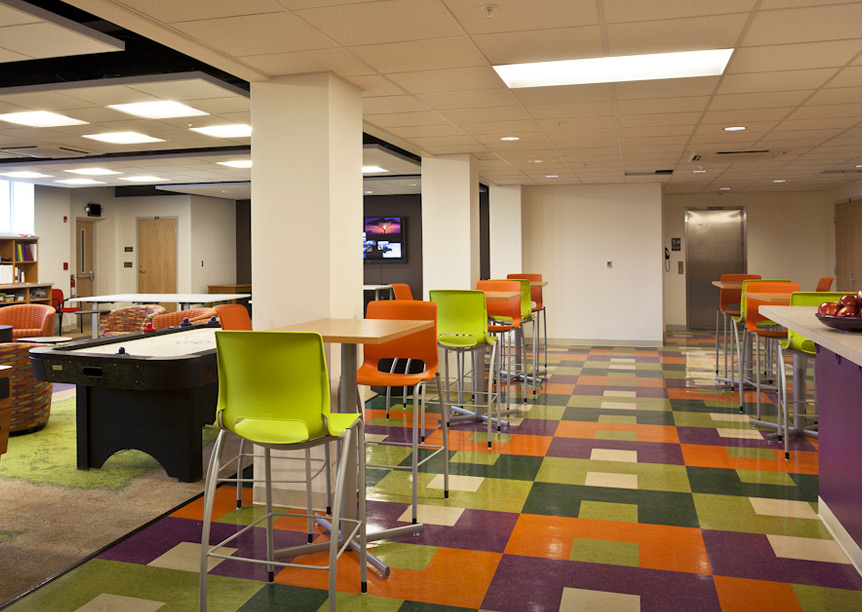 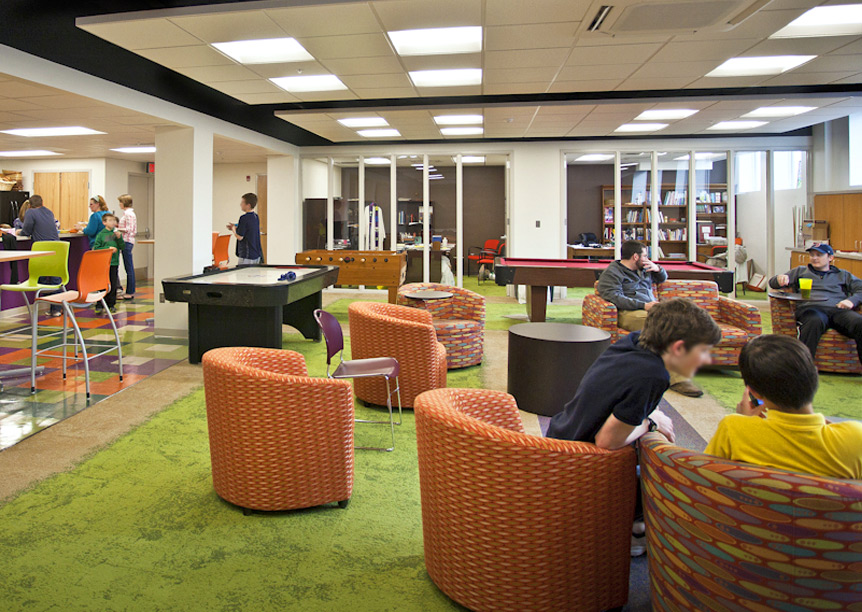 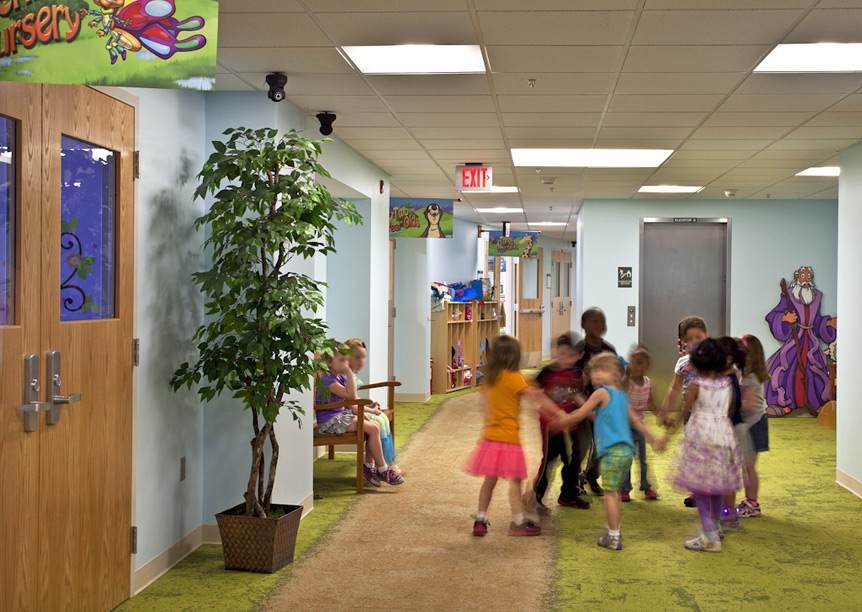 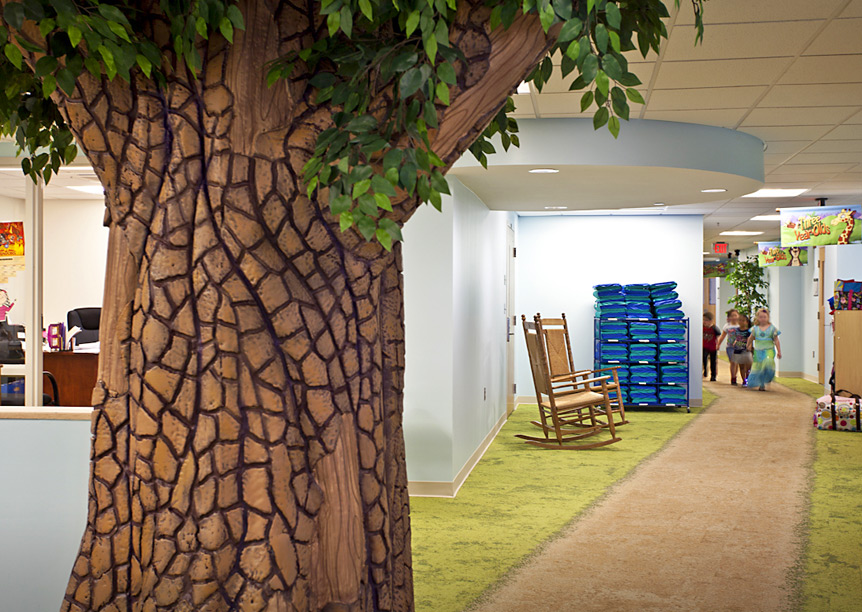 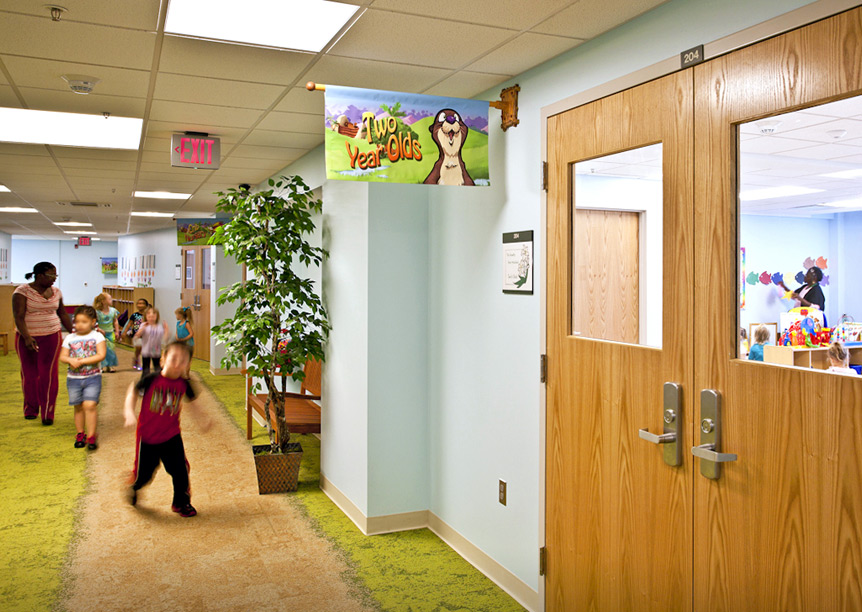 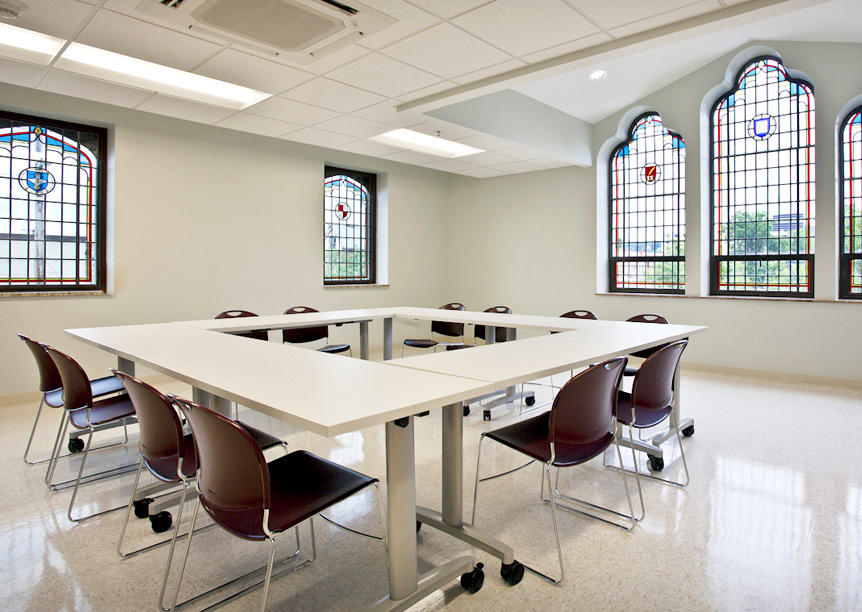 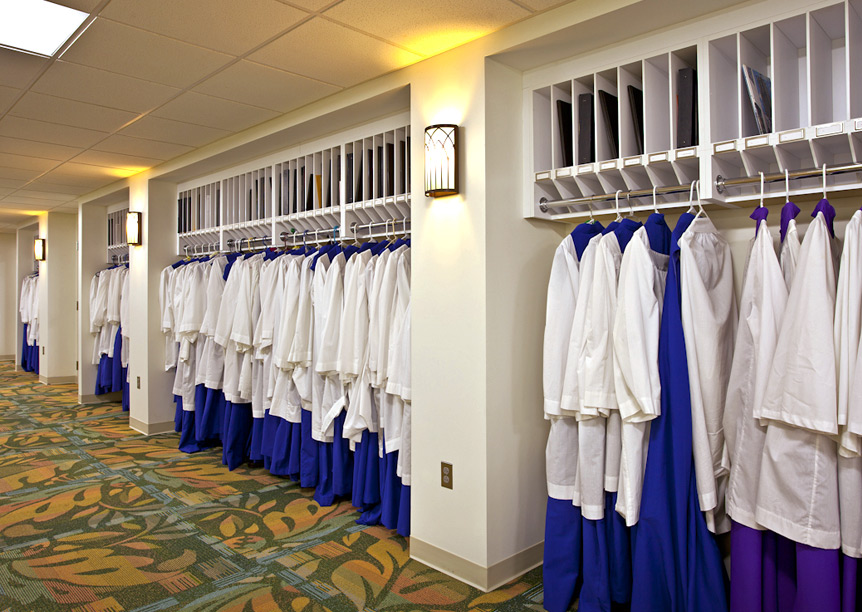