The existing natural turf field was used for multiple sports and was worn, difficult to maintain, and had drainage issues. A new synthetic turf field was installed within the rehabilitated track without damaging the new track surface.

A concrete curb was installed between the track surface and the synthetic turf to protect the track, as well as provide a clean border. The stormwater management system for the field is located under the synthetic turf, due to the compact nature of the site and the desire to preserve as much parking and athletic areas as possible. The field was designed with permanent striping included in the synthetic turf for both soccer and football. The goalposts selected were also multi-sport as they accommodate both football goalposts and soccer goals. 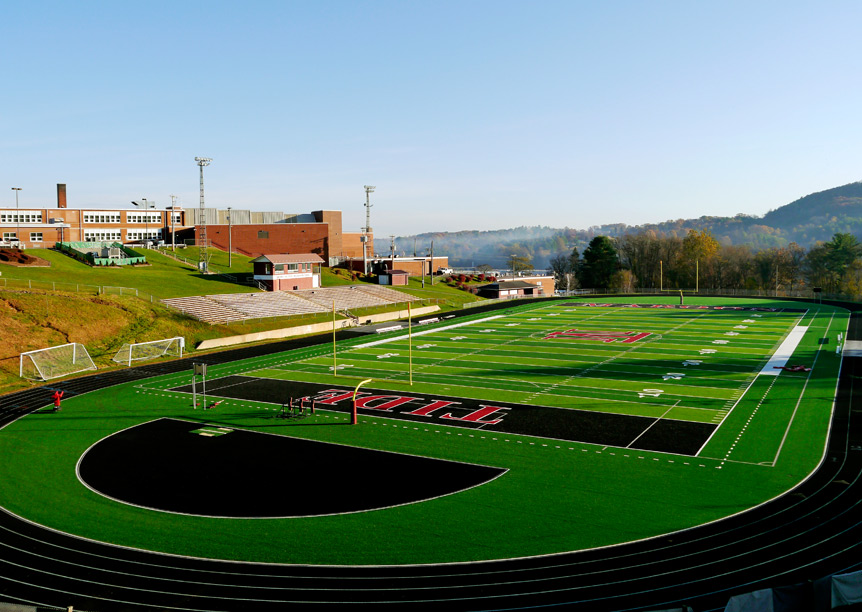 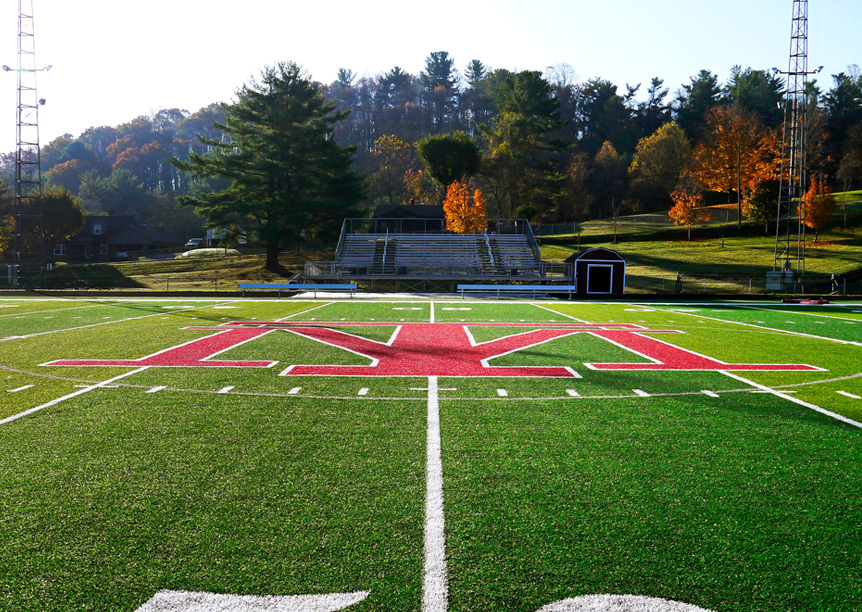 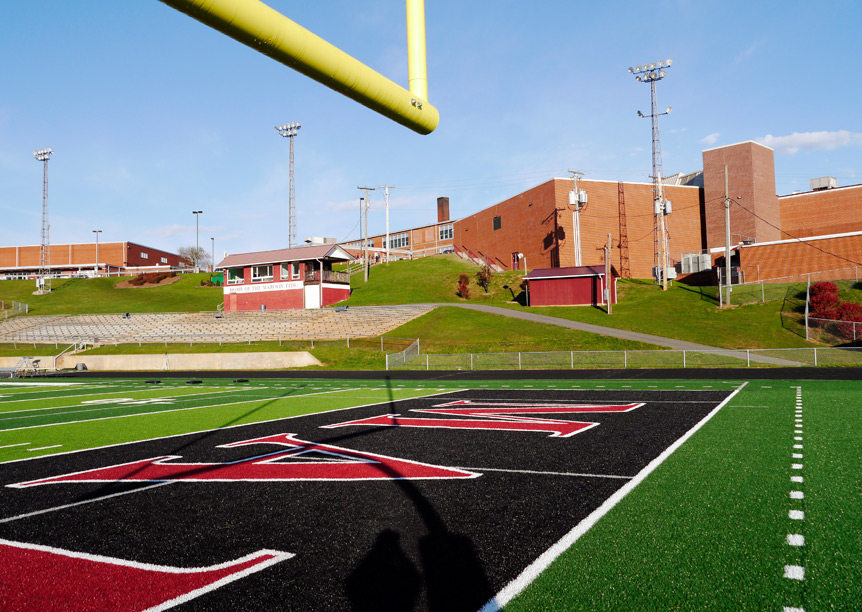 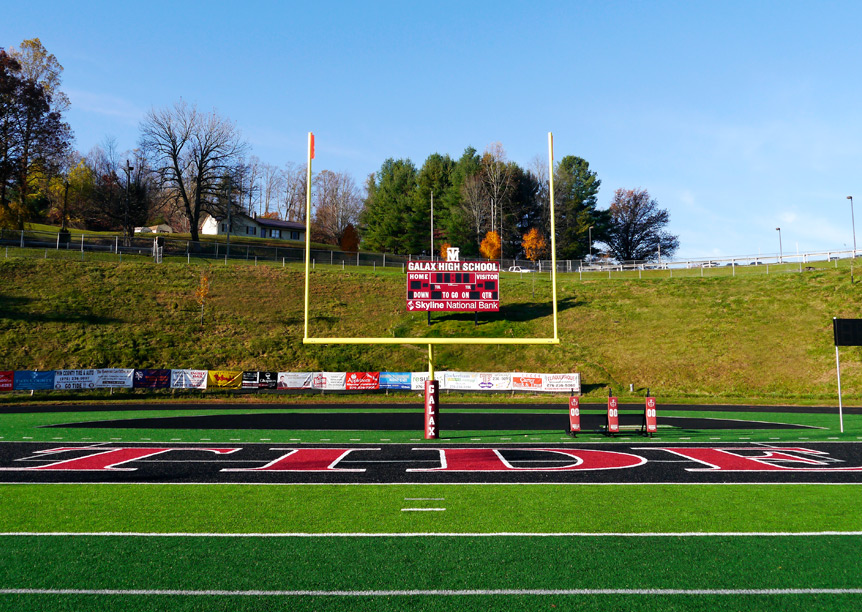 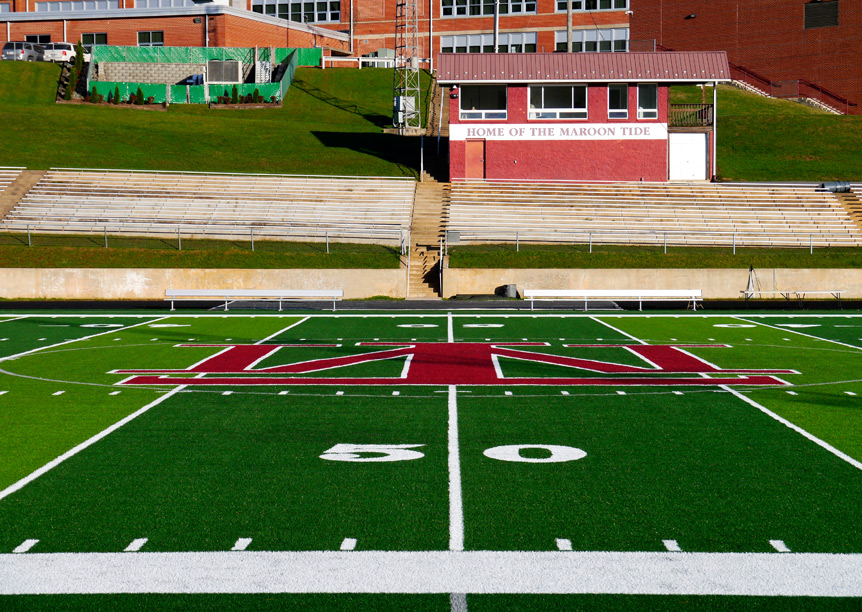 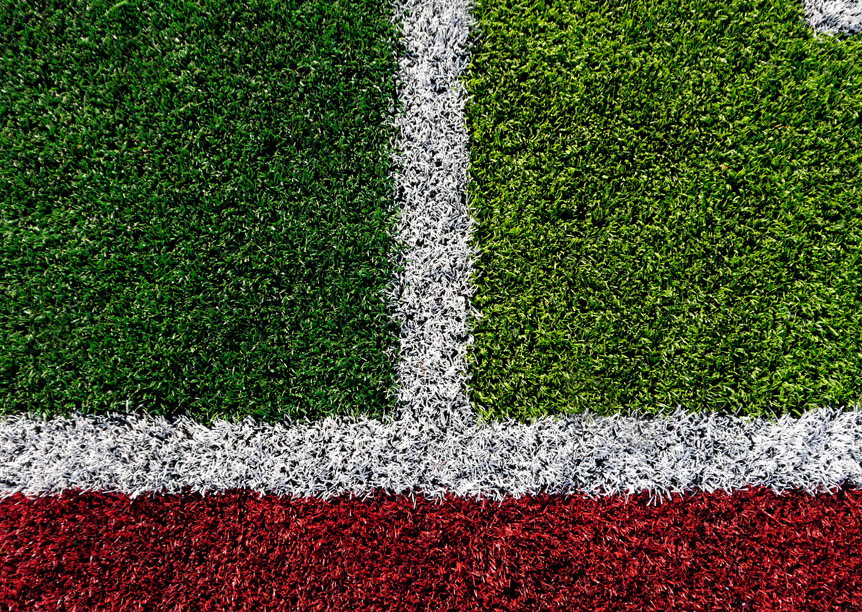