Situated in the scenic mountains of southwest Virginia, Donald J. Kerr Stadium is a NCAA compliant multi-sport athletic stadium located at Roanoke College in Salem, VA. The stadium was conceived with the intent to provide a quality multi-sport athletic venue, conveniently located near student housing as well as other athletic facilities.

In keeping with the classic architecture of the campus and adjacent student housing, the stadium was constructed with a perimeter fence consisting of brick columns and decorative black picket fence. The seating area accommodates 1,400 spectators and is also designed with traditional brick and black retaining walls and railings, as well as seating in the Maroons’ school color.

The functionality of the stadium was also enhanced with a fully equipped press box with integral rooftop media area for broadcasting and recording games. Patrons enjoying athletic events could also peruse the “Circle of Champions” tribute to Roanoke College’s notable athletic alumni on their way to the concessions or restroom facilities.

While not only an attractive addition to the campus, the stadium is NCAA compliant for multiple sports including men’s and women’s soccer, men’s and women’s lacrosse, and field hockey. The stadium is also used for student events and activities. With so much potential use with games, practices, tournaments, and other student activities, a synthetic turf field, which could withstand heavy use and still remain an attractive focal point of the campus, was essential. Other key elements to quality gameplay are team areas with wind screens located opposite the spectators and protective netting behind the goal areas to keep balls within the field area. 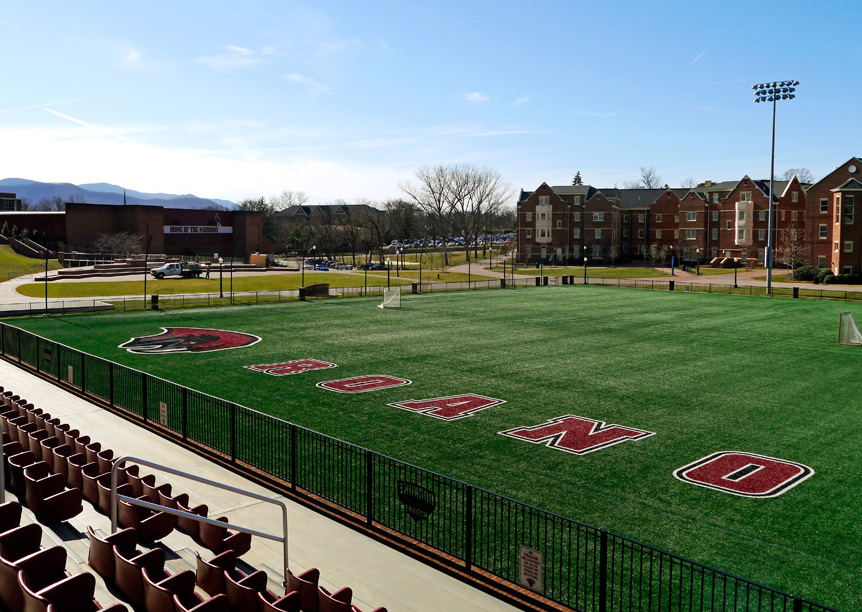 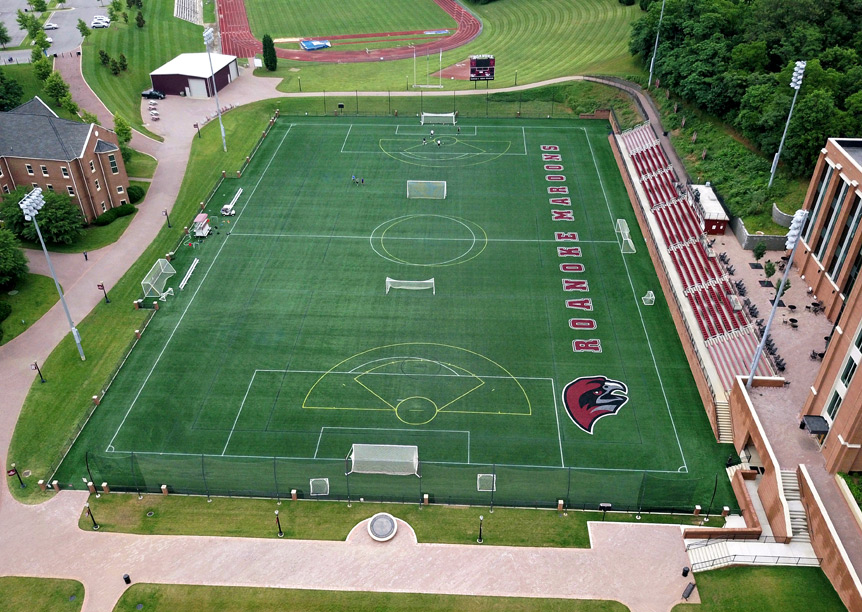 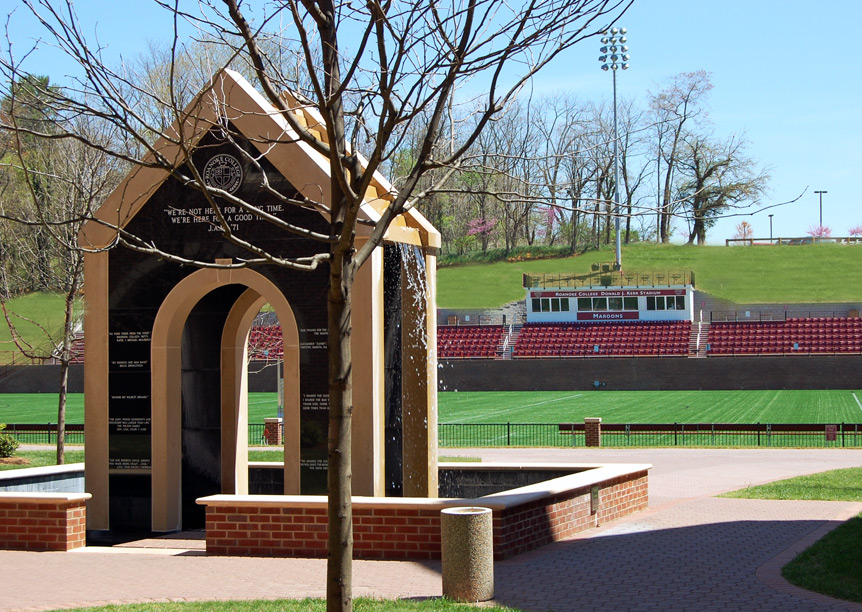 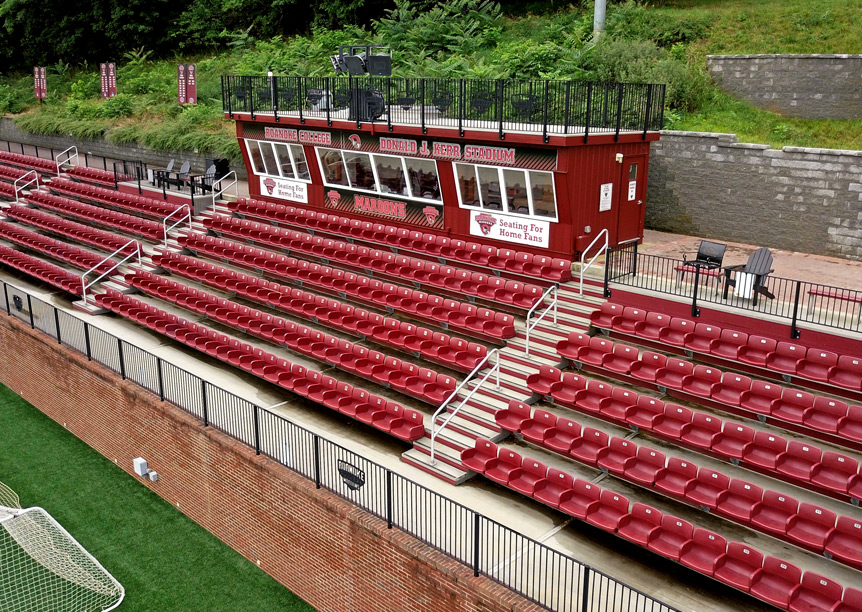 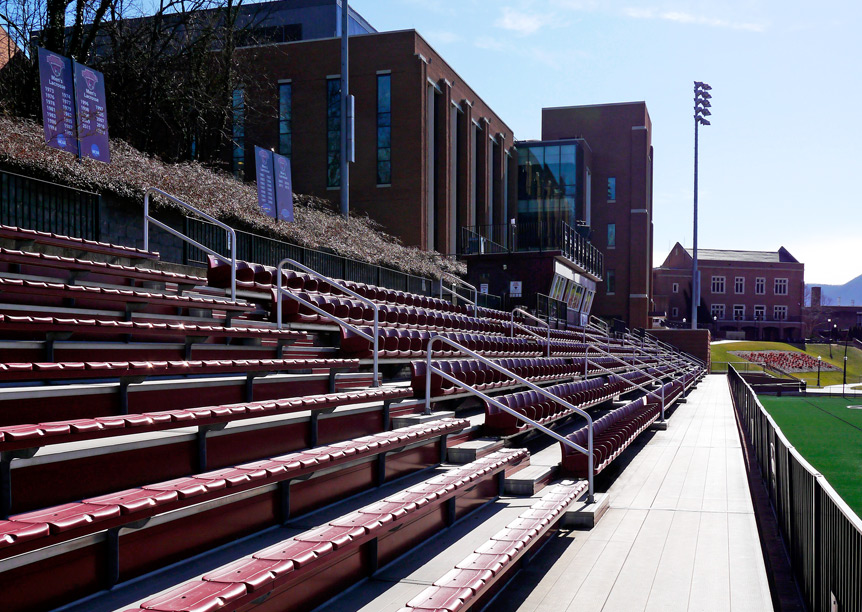 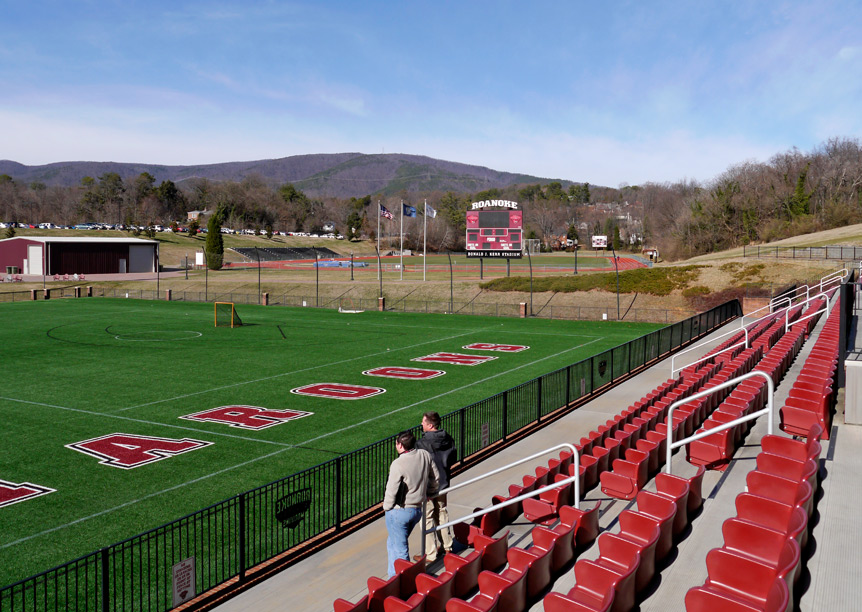